I witnessed the Syria war

I witnessed the Syria war

United States needs to pull out of Syria and admit their failure.

Atraaf:  Why did the Syrian War start? What were the objectives of the two superpowers (the U.S and Russia) involved in the war?

Antonella Appiano: The war in Syria began as a proxy war between the regional rivals of Sunni opposition forces (alongside western powers headed by the USA) and Iran with its Shiite allies. However, religion was not the causative factor – the real reasons lay in the fight for supremacy and geographical/economic power. The aim of the USA was to smash the so-called “Shiite Crescent”, while Russia wanted to maintain its naval and military bases in Tartus, and reaffirm its position as a superpower in direct contrast with the USA.

Atraaf:  We see that Russia has overpowered the U.S after 7 years of war. The Assad government is still in place, and Putin has full control (e.g. he regularly holds talks with Iran and Turkey regarding the future of Syria). Why is the U.S failing and Russia winning? Even some analysts say that Russia and Assad have won the war.

Antonella Appiano: Yes, of course the U.S. was defeated. They failed to understand that Bashar al Assad’s army would stand by him (it is not a power within a power like the Egyptian military, thus in Syria events could not follow a similar course to that of Cairo in 2011). They did not understand that the middle class, the business owners, the Christians, were siding with Bashar. Neither did they comprehend the fact that there was no serious political opposition party. The United States and their western and local allies tried to “force the issue” by letting Jihadi groups enter the territory via the Turkish and Jordanian borders, groups which now represent a problem not only for Syria but for the world at large. And they did not understand that Russia would never abandon Syria, its traditional ally.

I was an on-the-scene reporter and I never doubted that the United States would lose. Too many political analysts choose to simply write their theories and opinions while remaining in Europe, in the United States or nearby Middle East countries – but you need to be there, actually in the place itself, to understand what is happening. Not only has Bashar al Assad hung on to his place (even though he now controls only 40% of the territory) but his leadership is no longer contested by the “traditional enemies” – not by the United States, nor by Great Britain, nor by France. Even Israel remains mute on the subject. They are all trying to rebuild bridges with the Syrian president.

Atraaf:  If the war has actually ended, what then is the future of Syria? How will Putin and Assad deal with the powerful armed groups after the war? How can peace be established?

Antonella Appiano: Unfortunately the war is not yet at an end. There are still Russian, Turkish, Iranian, British, French and American troops present in the territory. Not to mention the local armies such as Jihadi groups from all over (including some resistant ISIS cells), the Kurds or the Lebanese Hezbollah. Peace is still a long way off. And it’s too early to talk of rebuilding either, in any sense. The country is in ruins. There are more than 6 million refugees abroad, as well as 4 million evacuees within the country itself. And the question of removal of foreign troops has not yet been tackled. Syria is a country in pieces, divided. They are trying to create “areas of influence”, carving up the territory. But in some places, like Idlib in the north, there are still rebel fighters. It’s hard to govern a country in these conditions. Firstly, Assad needs to regain total control.

Atraaf: If Russia wins the war, how will it affect the position of the U.S.?

Antonella Appiano: The United States need to pull out. And admit their failure. But, unfortunately, this is just a fantasy. In the Middle East, the United States have only caused chaos: from Iraq to Afghanistan, from Syria to Libya to the Yemen. And yet they continue, undeterred. And, under the name of the supposed “democracy” that they wish to spread, they actually search for power, control, and oil. But they continue to lose their fights and the price is paid by the people of the countries under attack. Trump, for example, is now trying to attack Russia with economic sanctions. But I don’t think he will win this war either. 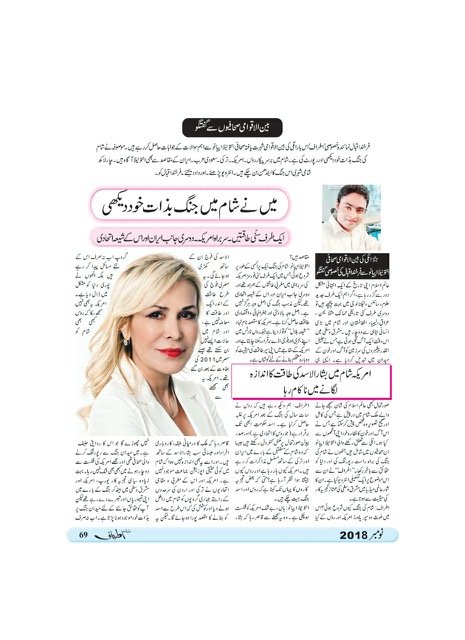 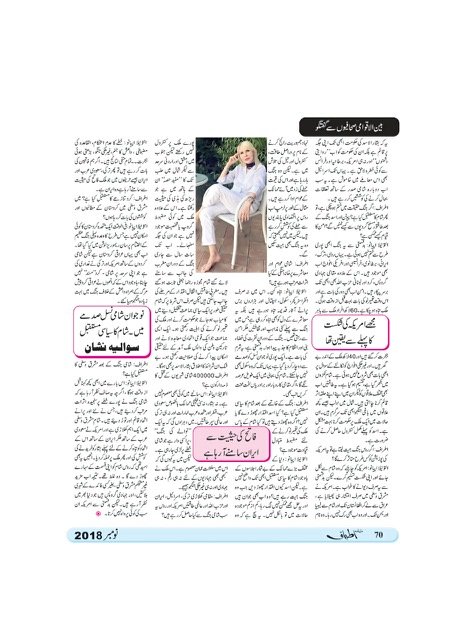 Atraaf: What are the effects of civil war on the Syrian people and society?

Antonella Appiano: Devastating. Not only does it involve the destruction of infrastructures, schools, hospitals, and the artistic/archaeological heritage of thousands of years, but also it destroys the “heart” of a society which (before the war) hosted many souls, religions and cultures peacefully together. During the war, hate was in the air, the passion for revenge. Unfortunately, it’s always the same. A whole generation of youngsters was traumatized, they couldn’t even go to school. It will be a long time before Syria recovers, even with all the hard work and determination of local businesses and communities.

Atraaf: What is the political future of Syria after the war ends? Will Assad give up power or not? If he leaves, does Syria have leaders strong enough to rebuild the country?

Antonella Appiano: The political future is not yet clear, despite countless diplomatic meetings between the various world powers who continue to resolve nothing. Why should Assad give up power, after winning the war? He is still young and this solution does not seem likely to me, at least in the current state of affairs.

It’s true that he doesn’t hold control over the entire country, but Bashar does hold the so-called “useful part” of the country, the spinal cord, from Damascus in the south (as far as the border with Jordan) to Aleppo in the north. And, what is more, as I said, there is no leader or political group strong and closely-knit enough to take control in his stead. Up to now all the “proposed” leaders suggested by the West during the seven years of war have proven to be bogus. The western powers could opt for a transition period perhaps, but only on condition that Syria manages truly to form a political party able to govern and rebuild the country. A party that is able to create a national alliance agreement, to create real possibilities for the refugees to return home. Of course, these conditions would apply also to Bashar al Assad.

Atraaf: Who is responsible for the death of more than 400000 Syrians?

Antonella Appiano: Nobody is innocent in this tragedy. Not Bashar, nor the Sunni Gulf States (especially Saudi Arabia, Qatar, and the United Arab Emirates), Turkey and the global superpowers. I repeat, this has been a “piecemeal” war, a proxy war, fought out on Syrian territory. But I have to say that the Sultanate of Oman is innocent. The Country never sent money for the jihadist, neither, jihadist, or foreign fighters.

Atraaf: What are the regional players Turkey, Israel, Iran and Hizbollah and the world players U.S and Russia all gaining from the Syrian War?

Antonella Appiano: Destabilization of the area; the strengthening of al Qaeda; the birth of the Islamic State; the phenomenon of foreign fighters; increased migration. All negative results. If we’re talking about winners, then among the “competitors” such as Turkey, Saudi Arabia and Iran, the country which emerges as a clear winner is Iran.

Atraaf: What is the future of the Kurdish Issue (i.e. Kurdistan) in the Middle East?

Antonella Appiano: For the moment there is no prospect of a united Kurdistan (such as was promised at the end of the First World War in the San Remo Resolution). There is still Iraqi Kurdistan, but the Syrian Kurds (despite being the main fighters against the Islamic State along with the Iraqi-Kurdish peshmergas) were betrayed by the United States and Turkey, who does not want a Syrian-Kurdish “cushion” on its borders.

Atraaf: What is the future of the Middle East after the Syrian War?

Antonella Appiano: It’s too early to say, even though it appears clear that the Syrian War has had serious effects on the entire area, creating and destroying new and old alliances. Syria is a key player in the Middle East, and the USA (along with the Saudis) tried first to “buy off” Bashar al Assad in order to destroy the alliance with Iran, before then attacking the country as I described earlier. They also hoped that Russia would abandon Syria to its fate. They were wrong. The result is an even more unstable Middle East, civilians’ dead for no good reason, and Jihadi groups dotted around the world. But, unfortunately, the United States care nothing about all this.

(Antonella Appiano live reported the Syria War for many years.)