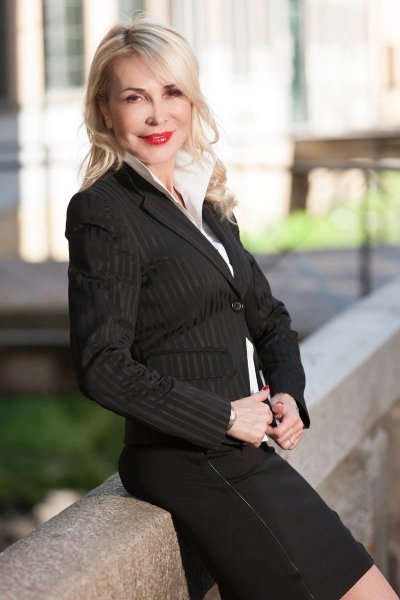 Her researchers and her academic studies include the Arabic world and the Middle East area, Islam, multiculturalism and interfaith dialogue.

She lives in Oman. She is often guest speaker in radio and television programs about Islam culture and politics of Arabic and Muslim countries.

A journalist can not be a cynic, can not forget his humanity and that of the people he meets. (Ryszard Kapuściński)

For three months (March-May 2011) she lived in Syria, following the crisis for the online newspaper «Lettera43». She’s there again in July 2011, directly following the evolving of the situation and cooperating with other media, such as «L’Espresso», «Radio24», «Uno Mattina». She continues to follow the on-going situation of the Syrian rebellions; she was also in Egypt during the Morsi presidency. Recently she travelled to Iraqi Kurdistan, to collect and record impressions of the refugees and of the Kurdish Peshmerga after the conquest of Mosul by the ISIS forces.

From 2009 to 2011 she writes for Job24.it («Il Sole 24 ORE») and (as a coblogger) for its blog Jobtalk, about society and work in the Middle-East, immigration, second-generation immigrants and about connections between women and work, power, media. Her professional career starts with contributions for «La Stampa» and «Il Sole 24 ORE», while on TV she worked for Mediaset networks as correspondent and anchorwoman of programs and specials. In 1995, she publishes Sabbie d’oro (Antea, Milano), historical novel settled in Ethiopia, before and during the Italian domination. In 2005 her own drama, No budget! Due cuori e una tv, produced by Cubatea drama company, is played at Teatro Due, in Rome. In 2007 she is involved, as guest lecturer, in the post-graduate program Professioni e formati della televisione e delle radio contemporanee, organized by Università degli Studi Roma 3 and coordinated by Professors Enrico Menduini and Vito Zagarrio.

In Novembre, 2010 appears her contribution (essay on Grazia Deledda) for Le italiane (Castelvecchi, Roma). In November, 2011 she publishes Clandestina a Damasco – Cronache di un Paese sull’orlo della guerra civile (Castelvecchi RX, Roma), reportage of her Syrian stay as an undercover journalist during the months of the rebellion against Bashar al-Assad. It becomes also an interactive e-book (Qui Siria – Clandestina ritorna a Damasco, Quintadicopertina 2013) whose timeline, interactive maps and indexes allow the reader to fully engage the text. With this e-book she participates to the first edition of LibrInnovando Awards, during the Bookcity festival in Milan (2013). In 2014 she is guest speaker during Salone del Libro di Torino in the round table Se Montanelli avesse avuto un Tablet – Book to the Future.

In May, 2012 she was named Ambassador for the Associazione Telefono Rosa for her merits in creating, through her career in journalism, a connection between Western and Middle-East women; also in 2012, during NettunoPhotoFestival 2012, she was awarded with Premio “Giornalismo come impegno civile”. She also received other awards and recognitions, such as “Premio d’Orta” 1997 for notable television people, Premio “Castagna d’oro” 2002 and 2005, and Premio “Alfieri di Asti”, yearly assigned to art, culture and journalism personalities of Piedmontese origins.